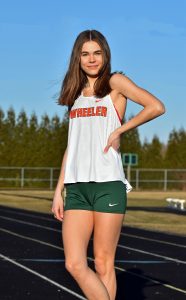 For most high school athletes, competing on their school’s sports teams is an ordinary experience. For sophomore Filippa Berg, member of the distance team, it has been one of the greatest adventures of her life.

“I’m from Sweden, and there’s nothing like this over there,” Berg said. “We don’t have sports teams connected to our schools there; school sports teams don’t exist at all, so that’s something I’m really going to miss when I go back.”

This is Berg’s first year running track, something she never imagined she’d be doing when she first became a Bearcat, but after a great season with the cross country team she was convinced otherwise.

“If you would have asked me just a few months ago if I would ever consider running track, I would think you were crazy,” Berg said. “But I met so many amazing people during cross country and all of us became so close! When I found out that pretty much all of the cross country people also do track, it made me want to try it too.”

Berg hasn’t regretted that decision since, and has gained an abundance of inspiration and friendships even in her short time with the team. 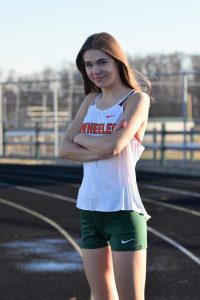 “All my teammates inspire me,” Berg said. “Coach Guillen and Coach Orosz inspire me as well, they’re both very supportive and caring.”

Despite her short time with the team, Berg has made countless memories to last a lifetime. Her favorite memory is that of her very first track meet.

“It was a lot less intimidating than what I thought it would be!” Berg said.

After a long day on the track, Berg likes to come home to her favorite post meet meal.

“If we don’t go eat with the team I always have cereal after my meets,” Berg said. “My favorite kind is definitely Honey Cinnamon Cheerios.” 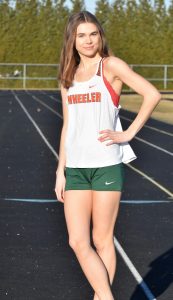 When the season comes to a close, Berg says she plans on returning home to Sweden and continuing her high school career.

“My focus will be to finish my remaining two years of high school where I study economics,” Berg said. “Then I’ll go to college and hopefully find a job within economics and business, maybe even law.”

As if traveling from another country wasn’t a sign of courage already, Berg said her time with the track team has given her another level of courage when going outside of her comfort zone.

“Through this experience I’ve learned to dare to try new things,” Berg said. 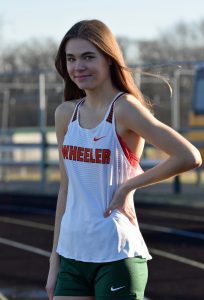 The Wheeler High School track team thanks Filippa Berg for her season of dedication and unmatched courage. Though she was only here for one season, she will always remain a part of the Bearcat family. May she continue to embrace the world with an open mind, and let her curious spirit carry her to the brightest of futures.

No Events This Week

Events are added by athletic staff.
View All Events