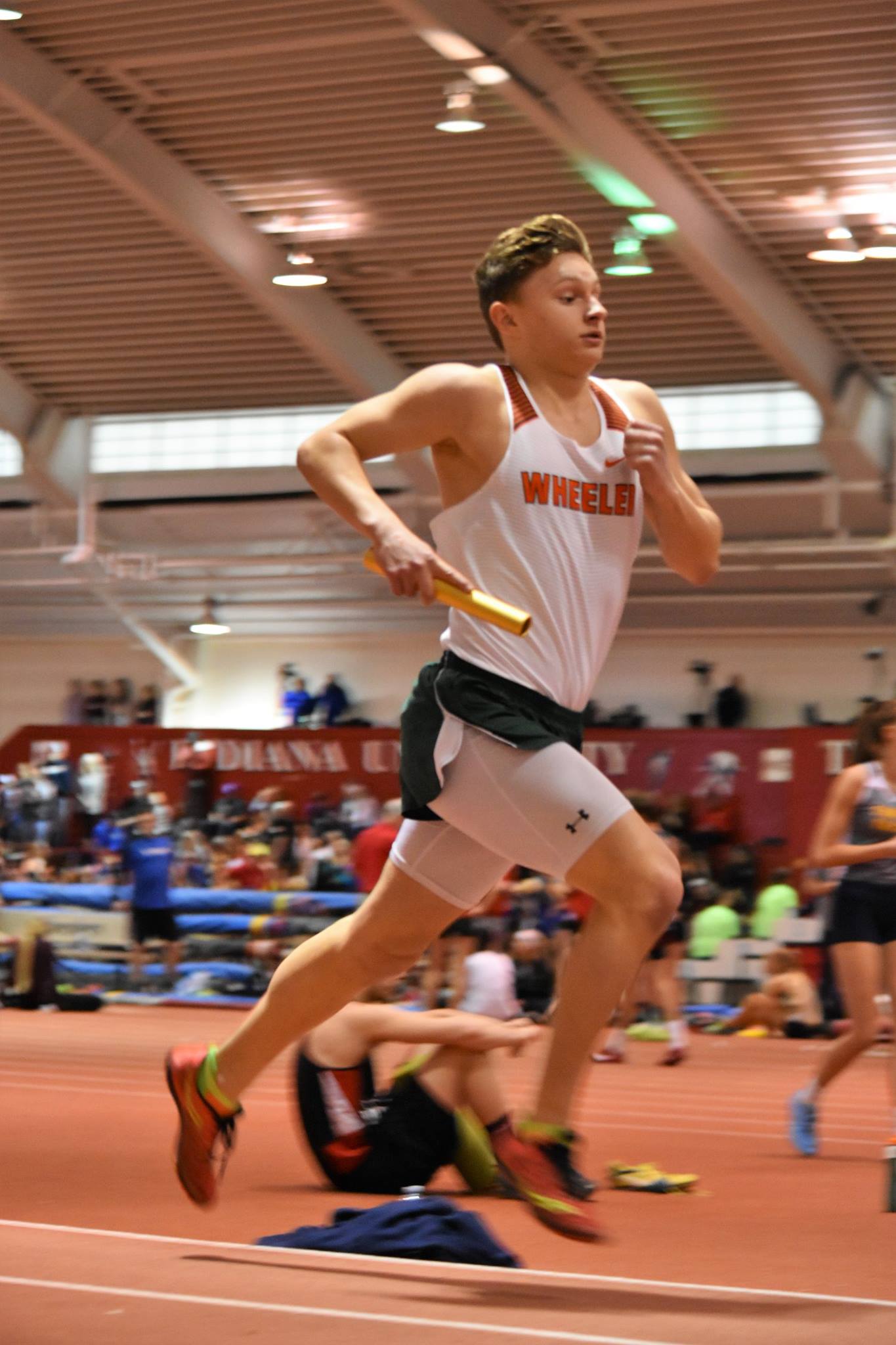 The Wheeler Boys track team qualified a few relays and some individuals looking to make their mark on the state finals at IU in Bloomington.

Starting off the day was Junior Hudson Hall in the 3200 m run, having been consistently improving each race this indoor season, Hall was poised for a breakout run. He did not disappoint at all, placing 8th and earning his first all-state medal with a personal record 9:35.25.

The Boys Distance Medley Relay of Steven Franczek, Evan Nowak, Jacob Demuth, and Hudson Hall were less than a second away from all-state honors and breaking the school record in 11:18.13 and placing 10th.

Other performances include:
– Junior Jesse Smith in the Shot Put placing 22nd with a throw of 41 feet.
– The Boys 4×800 meter relay team of Evan Nowak, Hudson Hall, Jacob Demuth, and Liam Hostetler placing 17th in a time of 8:50.78.

“I was really impressed with Evan’s performances today, he had to come through in a difficult situation and fill in the 4×8 and ran a great 400 m leg in the DMR,” Head Coach Luis Guillen said. “With that being said, I know some guys were a bit disappointed in their performances, however, they can’t hang your head. I’m proud of them just for getting here and representing Wheeler at the state meet.”

The boys start their outdoor season Tuesday April 2nd at home against Calumet, Hanover, and Griffith.