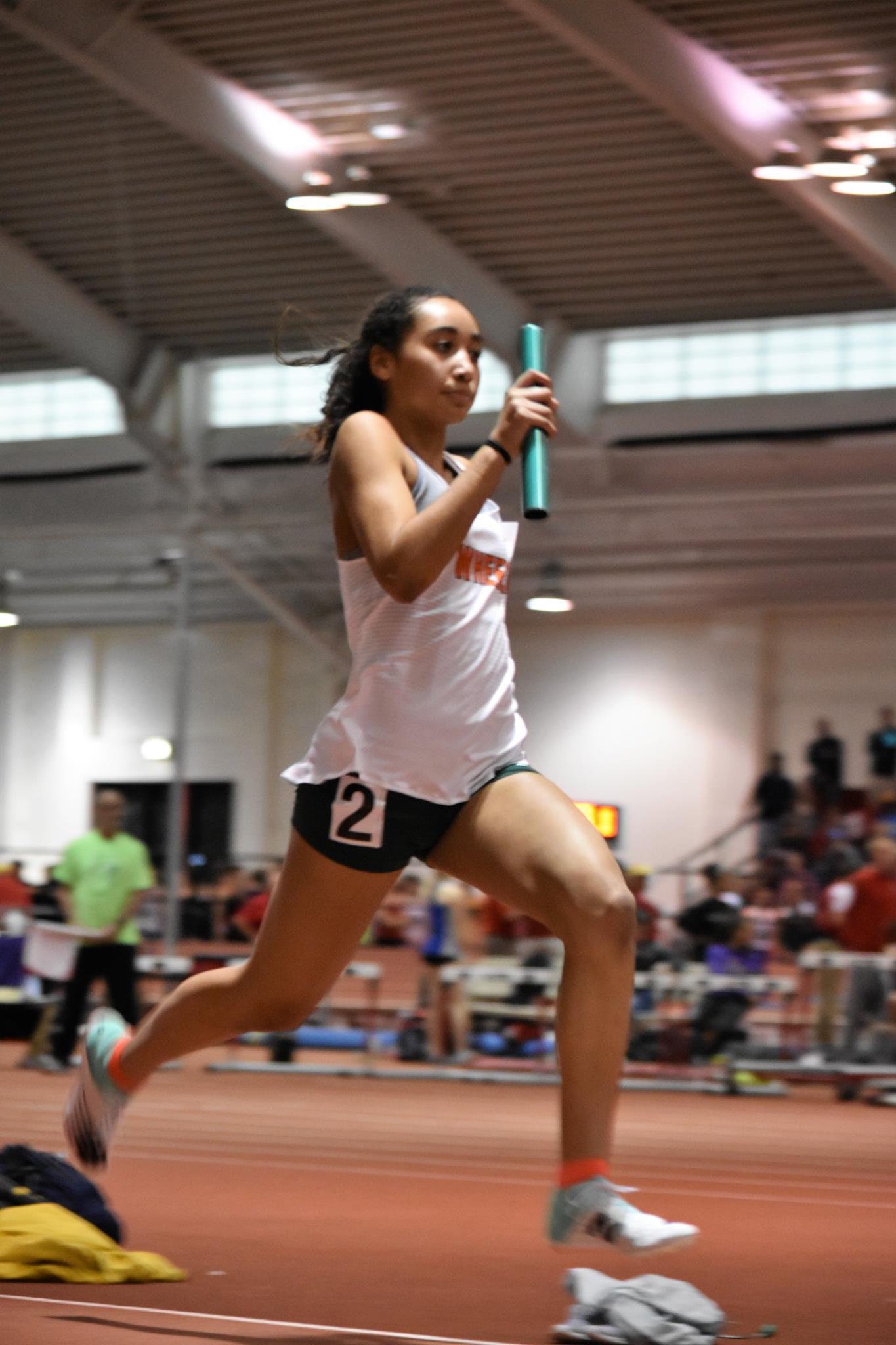 The Wheeler Girls Track team qualified all four of their relays to the Indoor State Finals in Bloomington. While running low on numbers, they were running high on adrenaline and guts to get them through. The Bearcats were short-handed due to vacations and some ill-timed injuries this past weekend. Having to fill four relays with eight eligible girls, the coaching staff had to be creative in their lineups. Starting off the day was an incredible performance by Sophomore Hailey Orosz running an indoor personal best of 11:22.43 in earning 6th place and all-state honors. A short time later Orosz teamed up with Emily Gaylord, Sarah Gerbick, and Amaya Turner in the girl 4×800 meter relay. Gaylord and Gerbick filled in admireably with Amaya Turner bringing the stick around and passing 6 teams on her leg to give the girls a 5th place finish and earning all-state honors in 10:25.73.

Not to be outdone, it was Turner’s turn to pull off the double and team with Seniors Hallie Price, Lexi Passauer, and Channelle Hammond for the 4×200 meter relay. These four girls pulled together and placed 7th with a time of 1:52.19 and earned their spot on the medal stand.

“Today was a test of character and adversity, no doubt.” Assistant Coach Luis Guillen said. “For these seniors, their last trip here, to go home with a medal…extremely proud. The performances from Hailey and Amaya speak for themselves as far as their willingness to push beyond their means.” He continued saying, “The girls came together and were willing to do what the staff asked of them and we came out with some all-state honorees. It gives them some good momentum heading into our outdoor campaign.”