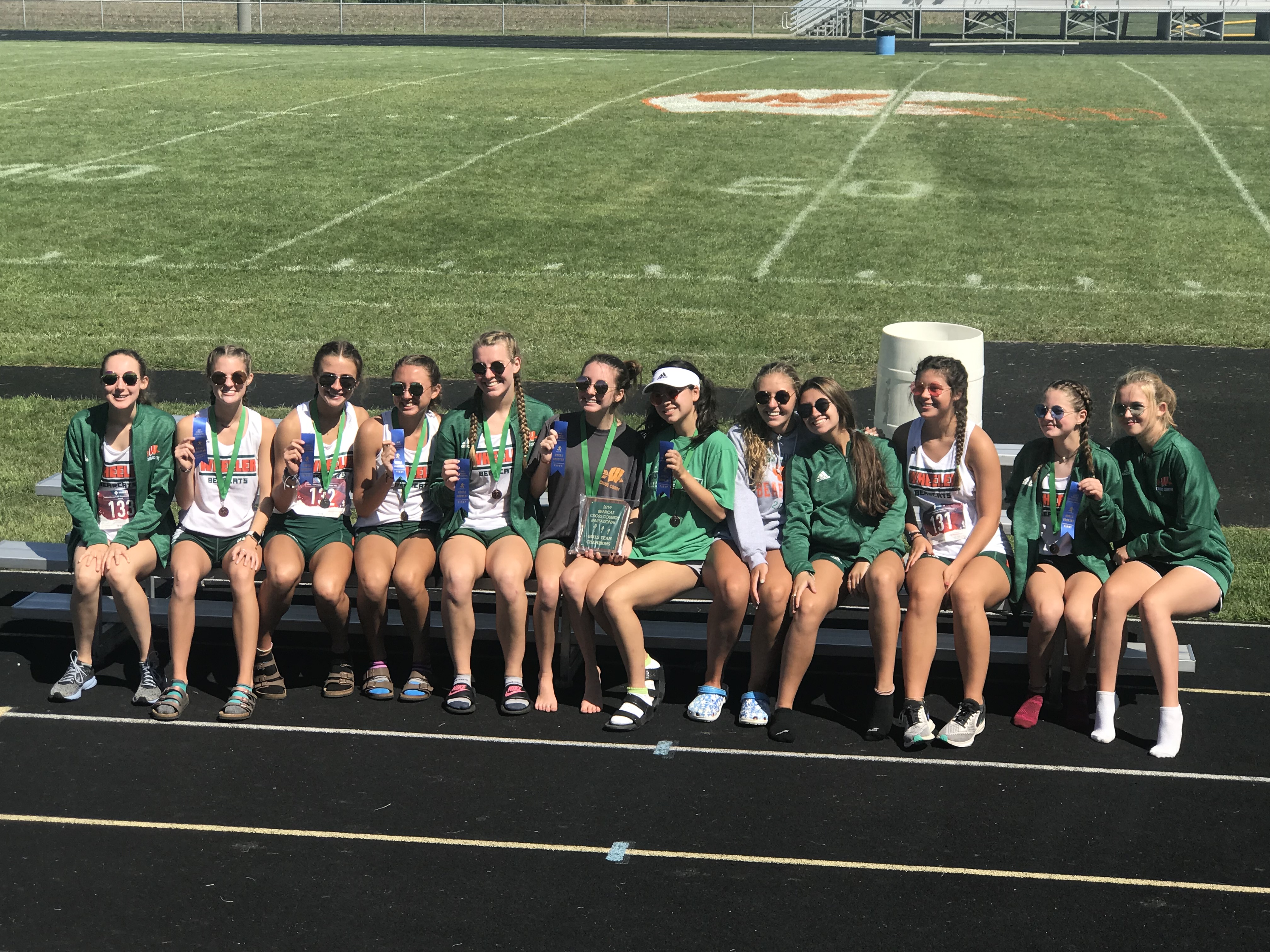 While most of the lady Bearcats may not outwardly express how they feel about their home course, they certainly have proved to have success on it. They haven’t lost there in two years.

Couple that with coming off of a semi-state appearance a year ago, expectations for this team seem to be a bit daunting for the next season to say the least…

With a very zen-like approach, the girls team dominated the rest of the field at the sixth annual Bearcat Invitational. The girls placed 7 runners in the top 15 winning with a minuscule score of 16 points. One point away from a sweep.

Junior Hailey Orosz was the individual girls champion (19:48), with teammate Emma Hellwege (19:58) right behind her in second. The two flip-flopped places from last year.

“Before the race, I told them to slow down mentally, take a deep breath, and climb the mountain within themselves,” Coach Luis Guillen said. “I reassured them that they have the confidence to run well and they certainly did that.”

While cool downs might be replaced with team meditations after races, it seems to be working something special in this team this year. Let’s hope this is a good omen of things to come…